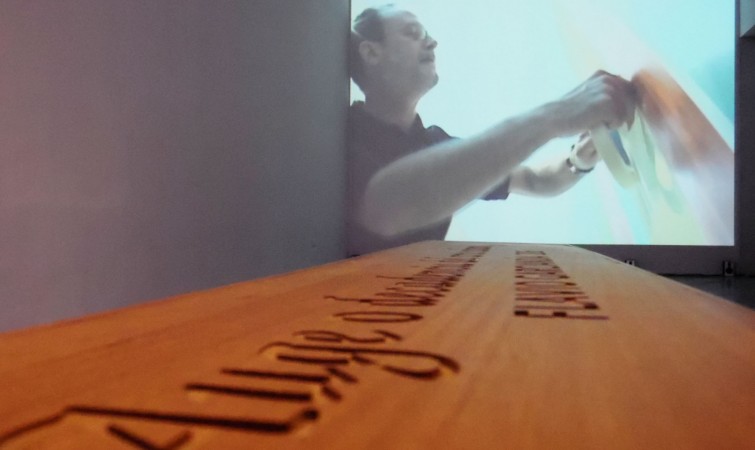 Yes, Meridians is an ambitious new sector that will premiere at the 18th edition of the Miami Beach show this next December. Curated by Magalí Arriola, Meridians will present large-scale sculptures and paintings, installations, film and video projections, and live performances in the Miami Beach Convention Center.

Magalí Arriola is an independent curator currently living in Mexico City but before, she was curator at JUMEX Museum and Tamayo Contemporary Art Museum, among other projects like 58th Venice Biennial Mexico exhibition. Now she leads this new and exciting project for ArtBasel MB, which will be placed on the second floor of the Convention Center. Meridians is its title.

Among other good and renowned artists, she features Cuban artists Flavio Garciandía and Ana Mendieta, two icons in our cultural history. Flavio Garciandía will show Auge o del (Pinnacle or Decline of Cuban Art), a 2OO6 piece of 2O meters. This canonic piece by Flavio Garciandía was shown for the first time at the Novena Bienal de la Habana in March 2OO6 and never since. The color chart in the form of a 2O-meter-long canvas is accompanied by a video that was made during the process of producing the work, a collaborative effort involving 158 Cuban artists.

On the other hand, Ana Mendieta will be present with a black and white 8min video, Untitled, 1981, transferred to high definition. Ana Mendieta’s film shown here was created on the beach of Guanabo, Cuba, the island from which she was exiled as a child and to which she did not return for two decades. In concave relief, she sculpted an abstract figure in the sand. The top of the form points inland, while the base points to the ocean, the body of water that connects her place of birth to her adopted homeland of the United States. The figure’s heart-shaped center is notably split in half. The sculpture is shown from different angles and vantage points, revealing the waves lapping against the shore and, later, the horizon. With the work so close to the ocean, it is soon filled with water before being ultimately washed away. This work exemplifies recurrent ideas in Mendieta’s oeuvre of exile and homecoming, displacement and a return to the landscape – themes that remain profoundly relevant today. Often referring to being ‘torn’ from her homeland, Mendieta persistently sought to connect with her origins by combining the body and the earth. T