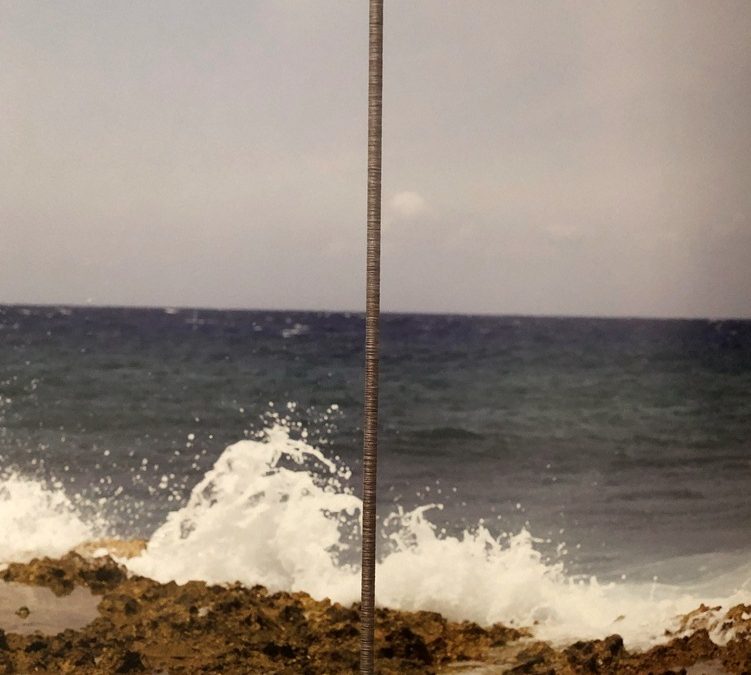 “A tower of the height of José Martí, National Hero of Cuba, constructed from twenty centavo coins. Like a kind of orisha or spirit (osun), it cannot avoid the magic of whom it represents: a delicate staff, beautiful in tis precariousness and simplicity, humble as its bas-reliefs and edges worn by use. Monumento/Monument returns to the ‘radiant poverty’ that Lezama Lima claimed was a fundamental concept of the founding fathers of Cuba.

Ponjuán reconstructs the myth of José Martí, and cannot avoid his debt to Juan Francisco Elso (Nuestra América/Our América*). He starts where the latter left off: both share a pedestrian, common materiality, but in Monument this is as anomalous and ambiguous as currency. It is an analogy of the currency and its value in the socio-economic history of the country. Economic crisis, and consequently the devaluation of the currency and the history of a nation and its symbols.

In this fusion between spirituality and ignoble material, Monument achieves a perfect balance: speaking of the obvious from the evident”. (1)

*It probably should said For América, a beautiful sculpture by Elso representing Marti.