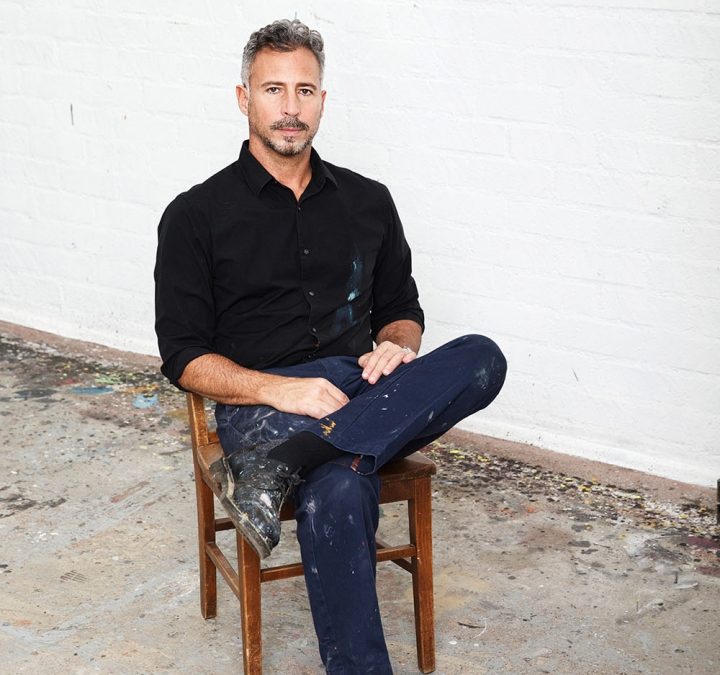 Enrique Martínez Celaya will be the 2020 Commencement speaker and honorary degree recipient.

Enrique Martínez Celaya is an artist, author, and former scientist whose work has been exhibited and collected by major institutions around the world, and he is the author of books and papers in art, poetry, philosophy, and physics. He has created projects and exhibitions for the State Hermitage Museum in St. Petersburg, Russia, The Phillips Collection, Washington D.C., and the Museum der bildenden Künste Leipzig, among many others, as well as for institutions customarily outside of the art world, including the Berliner Philharmonie, the Cathedral Church of Saint John the Divine in New York, and the Dorotheenstadt Cemetery in Berlin. Work by the artist is held in over 50 public collections internationally, including the Metropolitan Museum of Art, the Los Angeles County Museum of Art, the Whitney Museum of American Art, the Moderna Museet in Stockholm, The Museum of Fine Arts, Houston, Museum der bildenden Künste Leipzig, and the Wadsworth Atheneum Museum of Art, Hartford. He is the author of several books including, Collected Writings and Interviews 2010-2017,  Collected Writings and Interviews 1990-2010, and The Nebraska Lectures, all published by the University of Nebraska Press (Lincoln), as well as, October, published by Cinubia Press (Amsterdam), On Art and Mindfulness: Notes from the Anderson Ranch, published by Whale & Star Press and the Anderson Ranch Arts Center (Los Angeles, Snowmass), as well as the artist book Guide, which was later serialized by the magazine Works & Conversations (Berkeley). His work has been the subject of several monographic publications including Enrique Martínez Celaya, 1992-2000 published by Wienand Verlag (Köln), Enrique Martínez Celaya: Working Methods published by Ediciones Polígrafa (Barcelona), and most recently Martínez Celaya, Work and Documents 1990-2015 published by Radius Books (Santa Fe).

Martínez Celaya is the first person to hold the position of Provost Professor of Humanities and Arts at the University of Southern California. His previous academic appointments include, the Roth Family Distinguished Visiting Scholar at Dartmouth College, Associate Professorship at Pomona College and the Claremont Graduate University, the Cecil and Ida Green Honors Chair at Texas Christian University, and he was the second Presidential Professor in the history of the University of Nebraska. Martínez Celaya is also a Montgomery Fellow at Dartmouth College, a Fellow of the Los Angeles Institute for the Humanities, and a Fellow of The Huntington Library, Art Museum, and Botanical Gardens. His other awards include, the National Artist Award from the Anderson Ranch Arts Center, the Knight Foundation Award, the California Community Foundation Fellowship, J. Paul Getty Trust Fund for the Visual Arts, Phi Kappa Phi Faculty Recognition Award from the University of Southern California, the Young Talent Award from the Los Angeles County Museum of Art, and the Regents Fellowship from the University of California, Berkeley.

Martínez Celaya was born in Cuba and raised in Spain and Puerto Rico. He initiated his formal training as an apprentice to a painter at the age of 12 and developed what was to become an enduring interest in writing and philosophy in the turbulent Puerto Rican cultural and political environment of the 1970s. He received a Bachelor of Science in Applied Physics and a minor in Electrical Engineering from Cornell University, and a Master of Science with a specialization in Quantum Electronics from the University of California, Berkeley. He conducted part of his graduate physics research at Brookhaven National Laboratory, and while there he painted the Long Island landscape. He published scientific papers on superconductivity and lasers, is the inventor of several patented laser devices, and completed all coursework for his doctorate and a significant part of his dissertation before his decision to devote more time to art. He attended the Skowhegan School of Painting & Sculpture and earned an MFA with the department’s highest distinction from the University of California, Santa Barbara, where he was also a junior fellow at the Interdisciplinary Humanities Center. He has offered lectures at venues around the world including the American Academy in Berlin and the Aspen Institute. He is an Artist Advisor at the Anderson Ranch Arts Center in Snowmass, Colorado, and previously served on its Board of Trustees.

The Otis College Commencement Ceremony for the Class of 2020 will be held on Sunday May 10, at noon at:

For a virtual tour of the venue, please visit this link

For questions or comments related to ALL commencement matters, please contact Mike Luna, Director of Student Activities at 310-846-2595.