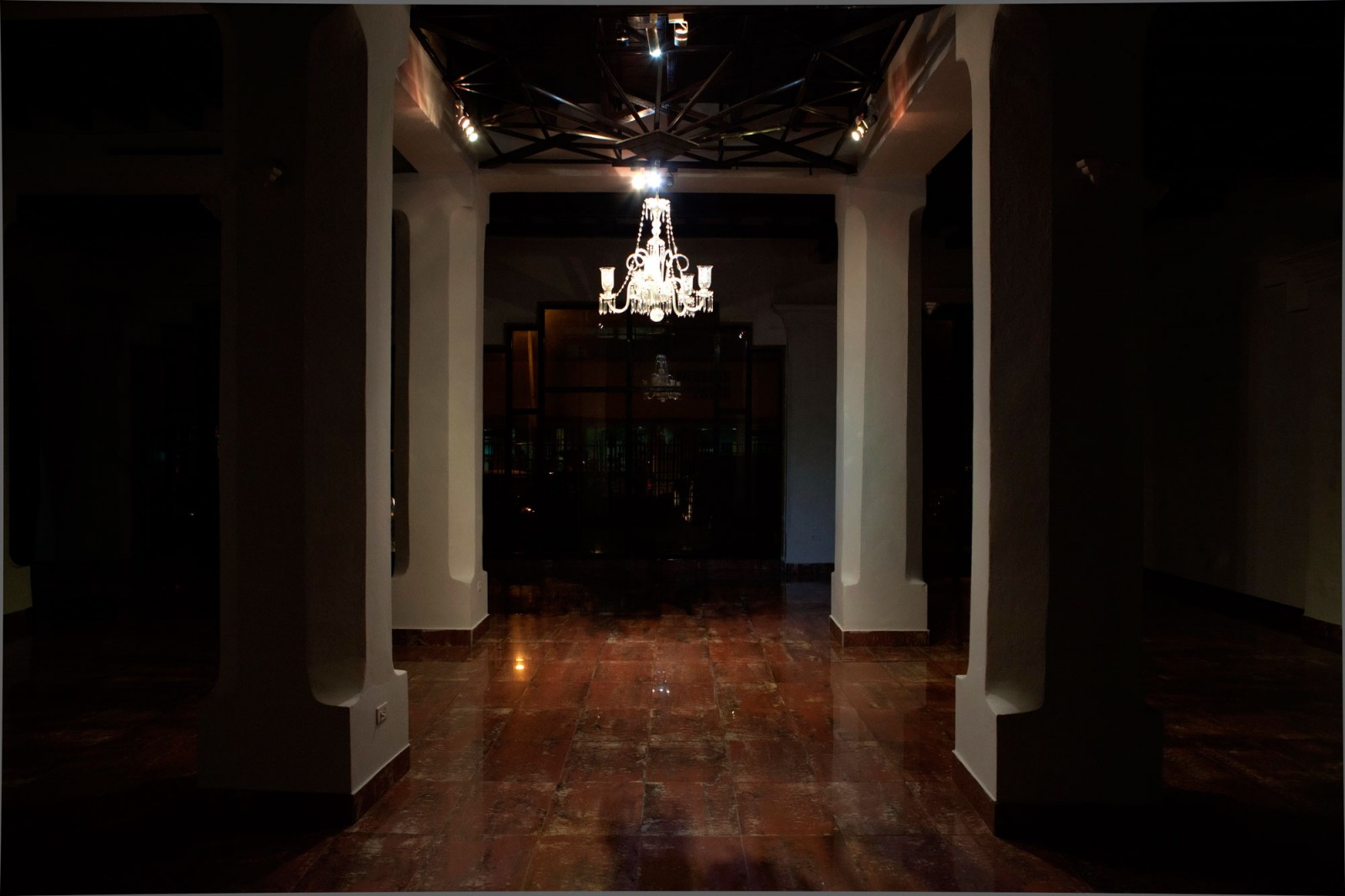 The work consists of an opulent chandelier of magnificent
living room installed from the ceiling of the gallery. The device is completely
turned off, but in turn, it remains illuminated indirectly by the lights of the
space.

The installation is oriented to distort the astronomical
event of supernovae, i.e., the instant in which more a star shines is followed
by its anonymous extinction.

This idea produces, with the title The Star, a certain
metaphoric game, where the artificiality of the not working chandelier,
illuminated by an external element such as the luminaires of the gallery, can
allude to the idea of the spectacularly ridiculous, to the consumerism tendency
for the discontinued objects, or the enthusiasm for the star system phenomenon
and its ephemera nature.

WORK OF THE WEEK XXIII