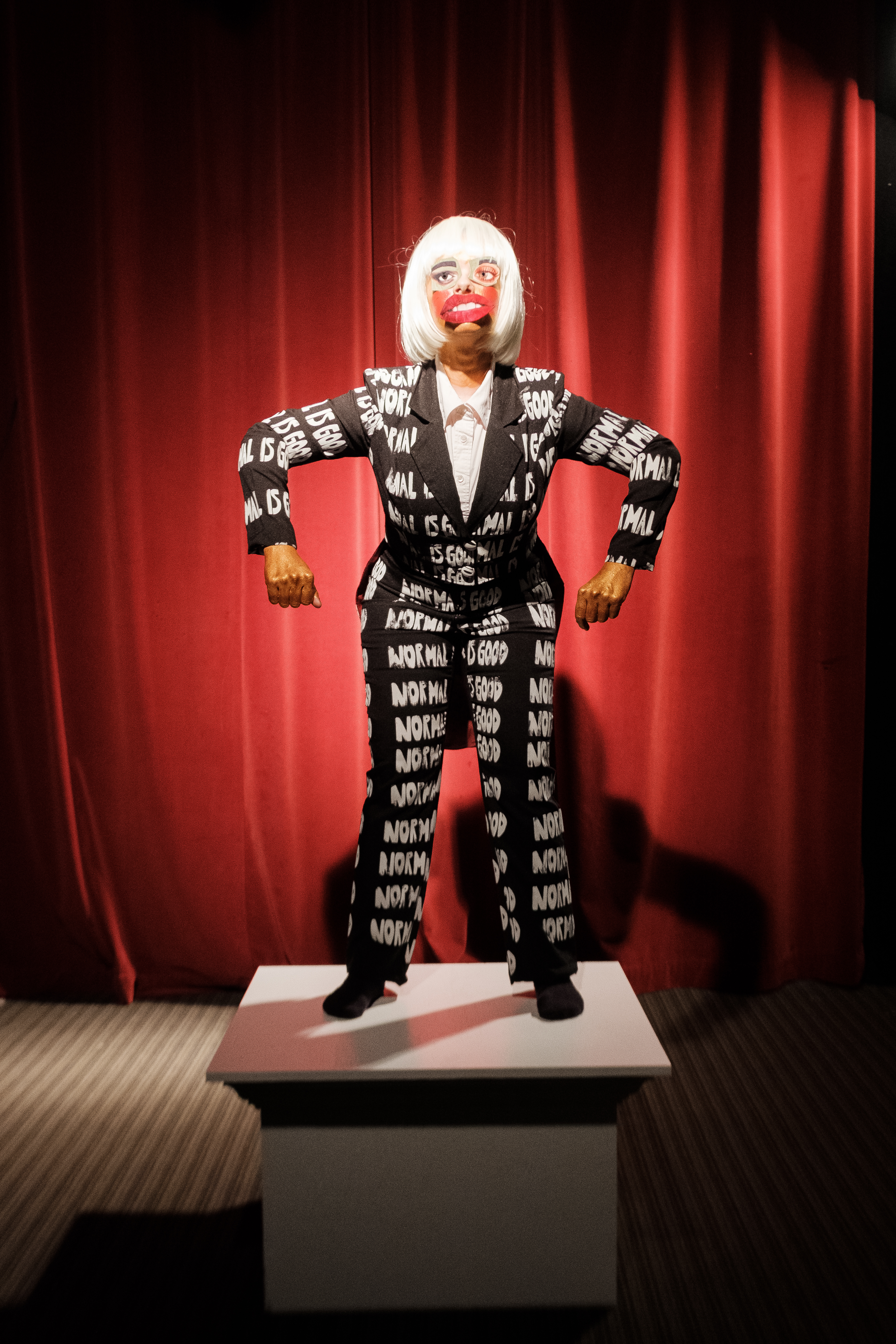 WORK OF THE WEEK IV

Monument of the Great Living Artist, 2017

Monument of the Great
Living Artist is a performance inspired by the essay “Why Have There Been No
Great Women Artist,” (1971) by US art historian Linda Nochlin. In the
text, Nochlin explores the institutional
obstacles that have prevented women in the West from succeeding in the
arts.

In the performance, Romagoza appears as her
alter-ego “Cuquita, the Cuban doll”. Cuquita poses for the audience while
reciting with her Cuban accent fragments of the Nochlin’s essay “Why Have There
Been No Great Women Artist” that she recorded along with songs by Cuban singer
La Lupe. At the end of the performance, we can read: -“American Feminism
as it stands is a white middle-class movement,” (Anna Mendieta). – “The Choice
is yours. Say it but with an accent” (Cuquita, the Cuban doll).