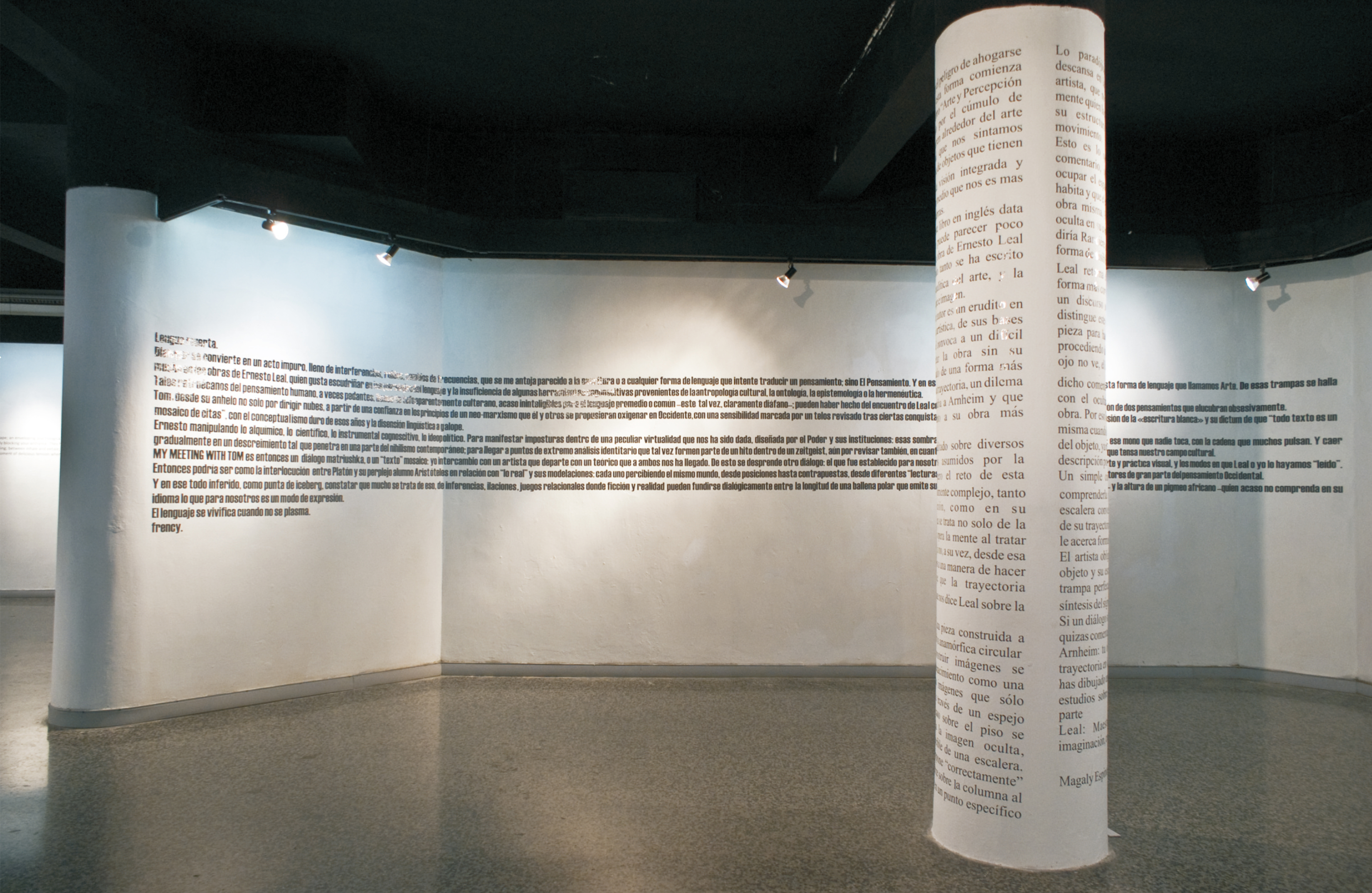 WORK OF THE WEEK V

Dysfunctions of the language, 2009

Dysfunctions of the language was an experience realized with six art critics. Six works and six writers. The artist sent to each of them the description of a piece that would be part of the expo. There were six pieces (between mixed-media installations, photo and video installations), and one of them was sent to every critic. The artist also sent sketches and gallery floor planes to each one requesting them to write a text on the piece in question.

The exhibition turned out to be the mise-en-scène of the texts written by the critics in the same space within the gallery and with the same dimensions that should occupy the works described in the sketches. It was never known what the “original” works gave rise to the texts.

The Art book (or the hole in the discourse)

My meeting with Tom

The sooner the better

WORK OF THE WEEK VIII