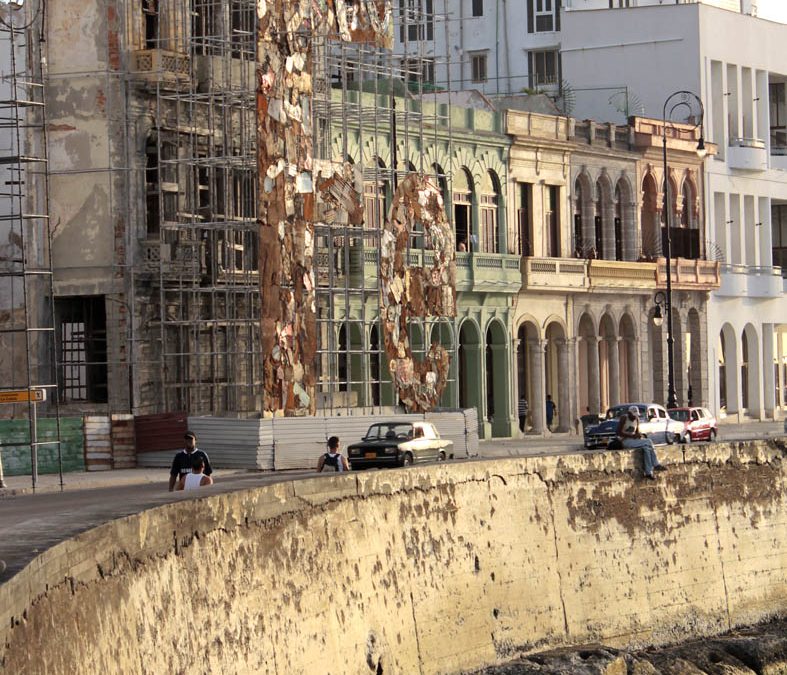 WORK OF THE WEEK XI

Fe (Faith) is a monumental piece that shows the two letters built of iron scraps collected from the city dumps. This letter combination, which also represents the chemical element iron in the periodic table of Mendeleev, also express in Spanish the group of beliefs of a religion, a person, or a group. Faith is a powerful concept directed toward something beyond mankind’s physical existence, and what helps us rise above that existence.

This is a tautological piece given its use of the material and what that material represents, and at the same time shows faith (seen also as an illusion or hope) as a concept that can corrode like the material itself, or that can also spring from what has been discarded.

This work was shown as part of Behind the Wall, Havana Biennial.