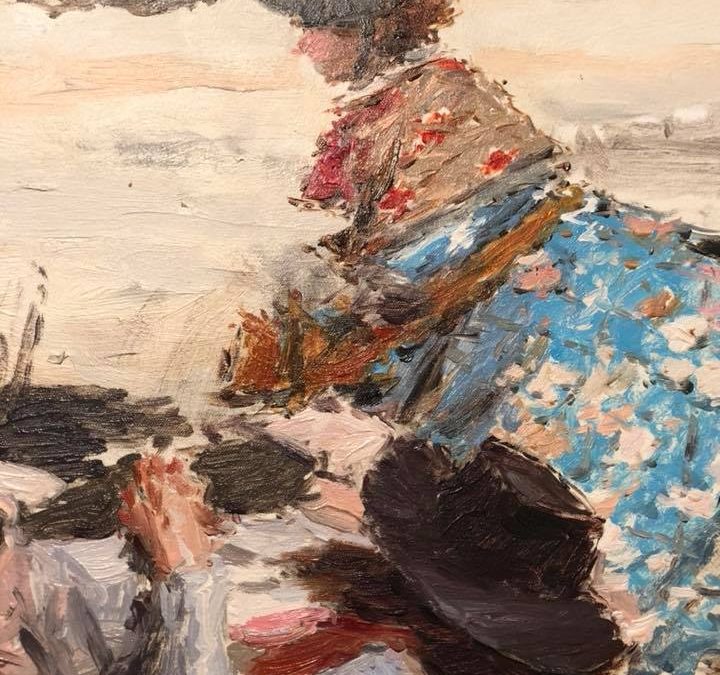 WORK OF THE WEEK XLIV

Work exhibited in the exhibition Cubans: Post Truth, Pleasure, and Pain, SECCA; a show curated by Gretel Acosta and Elvia Rosa Castro. Stage 1. Apotheosis No. V is 3 x 6 meters and it’s the largest piece made by Ariel Cabrera so far.

Since Ariel was an art student he has had constant interaction with collectibles, artwork, and documents relating to the collection of a historical memory of Cuba. These material testimonies, have become for him strange and truthful fountains of information that differ in many instances with the narrative promoted by the official institutions of Cuba, concerning the history of the struggle for independence,  which has remained unchanged as the official history of a unilateral doctrine.

Ariel pieces are a contrasting revision of the History, and the “act of painting” constitutes in and of itself, the rescue of a register that has legitimatized historically certain representations of men, their mores and doctrines. This becomes a new historiography which subjects History to scrutiny.

In his work, Ariel selects images taken from heritage documents to enter rough areas and aspects not previously referred to by Cuban history, thus establishing contact with the beginnings of photography and its forms of dialogue with painting.

His work presents military events of the struggle for the independence of Cuba during 1868-1878 and 1895-1898, creating a big collage of simultaneous events and supposed dialogues. Tregua Fecunda, is the name given by Jose Martí, our “National Hero”, to the period between wars, from 1878 to 1895. During these years the Cuban population had time to create the conditions needed to carry on the Big War of 1895. The Cuban population, of course, increased. Ariel assumes the role of the Voyeur and magnifies, from the sarcasm, the sexual excesses in this interval of “repose”, appropriating byway of the myth, according to which the Cubans are the most sexual beings and fun-lovers on the earth. Preparing for the Big War also meant something less solemn as having fun, indulge in pleasures, raping and procreating.

Sarcasm, erotic-burlesque, and the playful are present in his works, either in romantic struggles or intimate scenes shaped as campaign notes and short stories. So we can see an ideological deconstruction of the most sacred images of the solemn heroes of our war of independence (mambises) whose symbolism recurs in each stage of the battle; where the paradox is implicit, and the historical discourse is as an open approach between the truth and simulation.