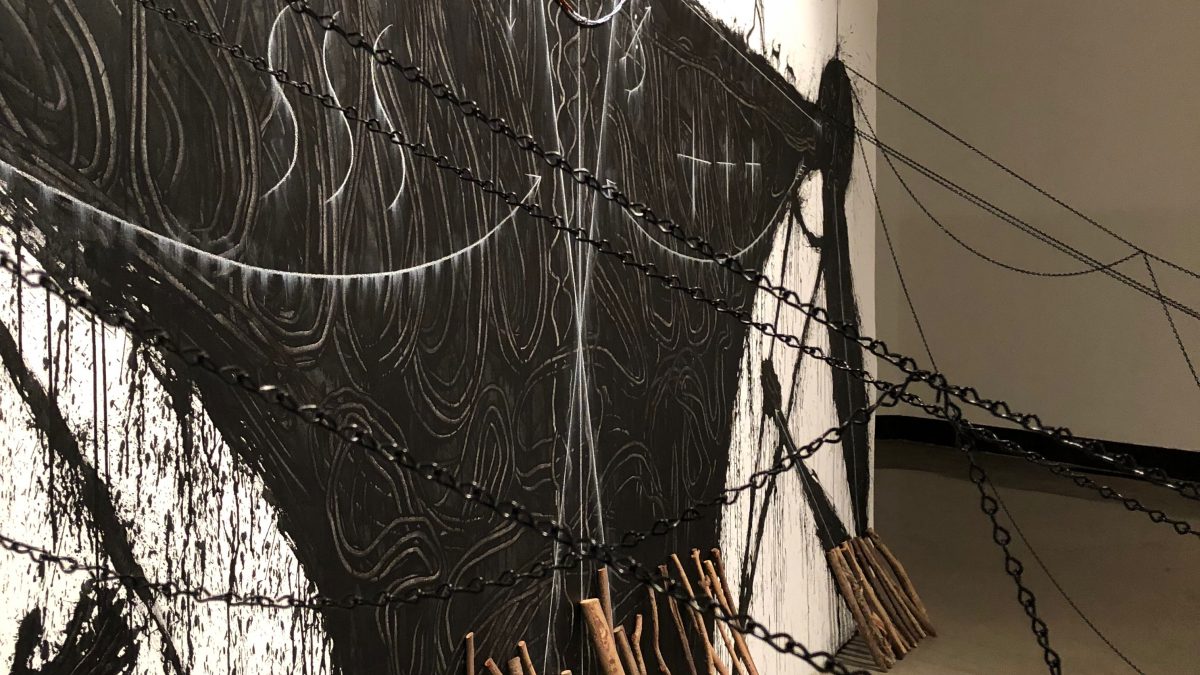 WORK OF THE WEEK XXXIII

José Bedia’s artwork constitutes a meeting point between two often separate but not mutually exclusive systems: Western culture and so-called primitive cultures, also labeled subaltern or marginal cultures The artist’s physical and mental journeys, his creative trustworthiness, and his vital immersion in religious practices of African origin fundamentally free him from the typically frustrated role of 20th-century anthropologists. Bedia intellectually fuses ancestral knowledge and modern, contemporary and postcolonial thought, in works that express a decolonization of the mind.

Bedia’s recognizable, invariant, signature style, borrowed from the “realist masculine style” in the art of the Dakota tribe, is seen here in texts that resemble pictographs—the archetypical Palo Monte religious drawings—“found” materials from research expeditions and a sketch executed with great mastery.

“Piango Piango Llega Lejos” (Step by Step, We Go Far) is a Palo Monte proverb in the Kongo language. These words of wisdom call for knowledge with prudence and speak of patience and good judgment as a basic requirement for achievement. They also refer to a long journey.

The artist paints the entire piece without large or small paint brushes; he uses only his hands to depict Babalú Ayé’s journeys. Bedia upends the concepts of perspective and vanishing point, which first emerged during the Renaissance in Western Visual Art. Instead, the artist recovers the symmetry of traditional cultures as an attractive and legitimate resource. The composition contains several references to the religious ritual and initiation rites of Palo Monte or “Trees of the Sacred Forest”. Marks, in the form of an S or a cross, sketched on the canvass represent fine “cuts” on the initiate’s skin; graphical symbols called signatures or “firmas” allude to a system of cosmograms; and the small branches propped against the canvas are “palos” (which refer to the wooden sticks used in religious ceremonies).

WORK OF THE WEEK XIII