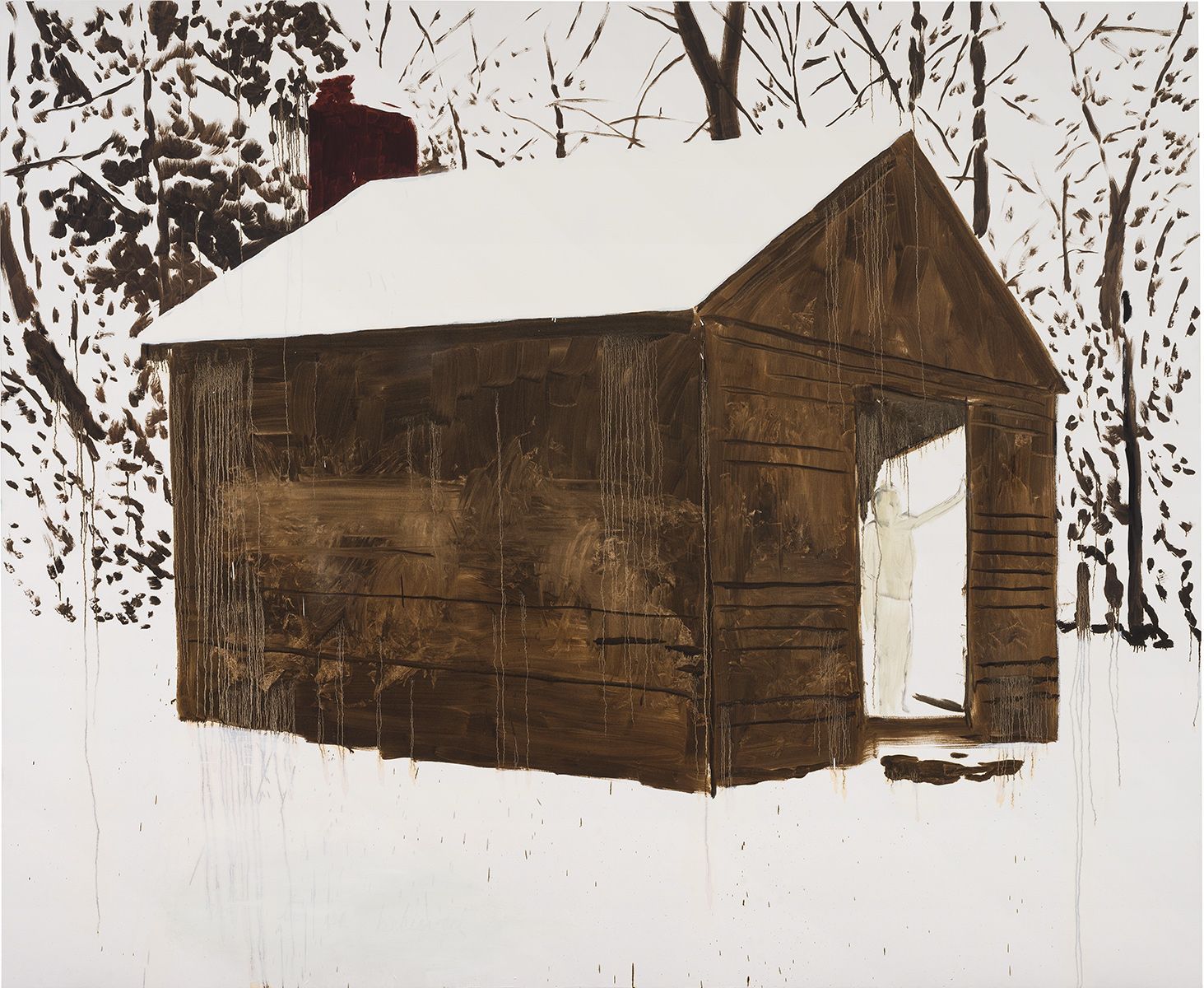 JUMPING FROM THE CLIFF WITH OPEN HANDS*

Martínez Celaya is  the last descendant of Leonardo da Vinci: Doctor in Physics, Professor, writer, and artist…. Merge into him, as in the ancient Greek gymnasium or the Samurai culture, the virtue and genius. The modern aspiration is complete, and comes apart, in him —a total Renaissance and the man with a fractured identity. It is a condition that he will perpetually carry with him. His first drawings, made when he was 10 years old, were a conscious effort to give meaning to life, he says.

I have a strong belief that art fairs are just not a patina, PR, or a red carpet. Fairs are, first and foremost, vertigo, and this is an ambiguous sensation. Personally, I owe some remarkable stuff to ArtBasel Miami Beach .

It was 2011, and I was walking the Convention Center by one of these corridors that cross it from Washington Avenue to Convention Center Drive. From one hall to another. Only a painting, capricious, atypical in that panorama, manages to get me out of the stun. Its author was Enrique Martínez Celaya and, if I remember rightly, the work was The boy with a horse. (Perhaps it’s another work but that’s not the point, I’m pretty sure that any of his paintings would have stopped me anyway).

In a blink, the theory I kneaded so much, already written and examined with my pupils about the contemporary art lack of potential of being touching, sink with this man, and I wished to write to Arthur Danto and say yes, I had found not only an interesting piece in an art fair but also effecting.

Jack Shainman is one of the most multicultural, multi-ethnic, and embracive galleries I know. There may not be another New York space that personifies the spirit pro-peripheral of the Magiciens de la Terre in the Pompidou, 1989, with as this gallery. My relationship with Jack Shainman’s artists is signalized by rejoicing and fascination: Nick Cave, El Anatsui, Lynette Yiadom-Boakye, the Cubans Yoan Capote and Enrique Martínez Celaya, and other pure cracks are some names from its line-up.

In 2015 Martínez Celaya, born 90 km from Havana in 1964, opened the Empire: Sea & Empire: Land exhibition. This solo show consisted of impressive installations and large-format paintings, was the debut with Jack Shainman Gallery of this man who grew up in Spain and Puerto Rico and has lived in several cities of the United States. There, he wrote to me, he performs the first recognition of the past as a reservoir of hopes and dreams, as well as the “inevitability of unrealized aspirations”

Sea-Land, Land-Sea is a children’s game that consists in jumping from one “empire” to the other (or remaining in the same place) when one player calls a command to jump.  This crossing from the marine swaying to the earthly anchor, from the vast to finite things, and from the certainty to the mystery, which seems so demarcated it melts in the whole work of Celaya as metaphysics of human existence Tractatus..

The painting The Prodigal Son and the installation El caminante / The Traveler are works of Empires: Sea & Empires: Land  that contain two elements seen in all of Celaya’s artistic trajectory: the house —always drawn with the same architectural design— and the suitcase; the stay and the voyage. The nomadic stay as substance of his and our lives.  A provisional home, the house that flies away.

Martínez Celaya is  the last descendant of Leonardo da Vinci: Doctor in Physics, Professor, writer, and artist…. Merge into him, as in the ancient Greek gymnasium or the Samurai culture, the virtue and genius. The modern aspiration is complete, and comes apart, in him —a total Renaissance and the man with a fractured identity. It is a condition that he will perpetually carry with him. His first drawings, made when he was 10 years old, were a conscious effort to give meaning to life, he says.

In 2017 Martínez Celaya returned to the Jack Shainman Gallery with an exhibition of paintings under the title The Gypsy Camp.  As in his entire work, he grappled here with topics of loss and rootlessness, of sadness and melancholy, not as mere attributes of existence but as existence itself. One of the artist’s intellectual mentors, Arthur Schopenhauer, is categorical on this topic in The World as Will and Representation:

Those lines from the German, sharp and harrowing, find fertile soil in Martínez Celaya’s biography (and in our own as well, even though we don’t know it), traversing his work from beginning to end. When we stand before the work, its impact doesn’t derive from a showy display of painting marked by an academic discipline, but from its capacity to wrench the soul. These paintings, which rise above all reality, suspended and immovable—precisely because they don’t pretend, they don’t want to represent—are a portrait of our moral world. (The archetype plays a key role.) This is the source of their impact and their appeal.

Celaya is one of the few artists who have scaped from the correlate, from the conviction of the scene. His work embodied in each of us precisely because is disinterestedness (Sorry Deleuze) in the sense of its lack of ego, revealing the illusory character of the individual. It strikes and exceed us. In one of his most beautiful, dramatic and compelling works, the hunter suffers or assumes the affliction of the other -a bird in this case. The hunter hunted. The Hunter is a Treaty on compassion.

In Celaya’s work, this avoidance of the phenomenal or this illegibility of the real suggests a new condition referring to the quality of the abstract. To draw back the Veil of Maya, to go beyond space and time (Malevich found something similar). Even though his works seem figurative, they contain abstraction as a principle —much like the Japanese concept of wabi-sabi, which refers to the unfinished and inconclusive, to the insignificant and the evanescent. The artist holds so many references that his art lacks them, yet paradoxically contains them.

Describing another of the essential themes of his poetics, Celaya explains: “To speak of ‘regret’ is another iteration of my interest in the complex emotions generated by the past; ‘nostalgia’ is yet another. Regret is the tendency to consider the past as a place of refuge—whether because of the struggle with questions of failure, bad decisions, or our vulnerabilities and weaknesses. Much of what my recent work seeks to do is to understand the emotions related to unfinished tasks, roads not taken and, as death seems to be approaching, to learn to be humble. The inevitability of regret, even though we have to continue towards the future—as I grow older—seems to be something less clear for me.”

These scenes of immense, unearthly, lost, frozen, and desolate atmospheres, as if coming from Doctor Zhivago, make us think of an art of suspicion. They contain the most legitimate tension to which we can aspire: the struggle between free will and determinism, between manifest destiny and the freedom involved in the artistic gesture.

* The verse was taking from one Zen Koan: “Walking along the edge of a sword, Running along an ice ridge, No steps, no ladders, Jumping from the cliff with open hands.”

THIS GIRL IS ON FIRE